Human Factors Analusis and Classification System (HFACS) could be used as an alternative to SHELL model.  It is based on James Reason’s accident causation model (Swiss Cheese) and was developed for the USAF. 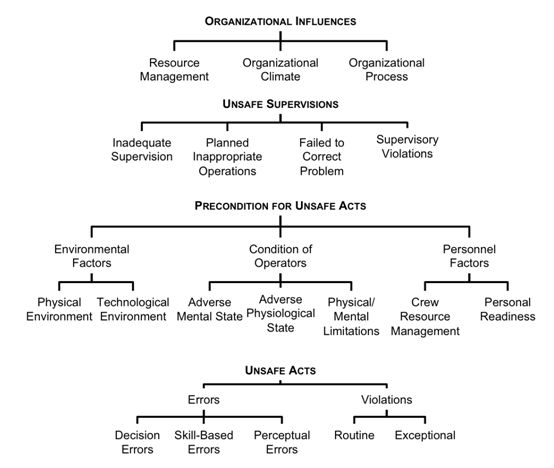 The HFACS framework provides a tool to assist in the investigation process and target training and prevention efforts. Investigators are able to systematically identify active and latent failures within an organisation that culminated in an accident. The goal of HFACS is not to attribute blame; it is to understand the underlying causal factors that lead to an accident.

While the first use of the HFACS framework occurred in the US Navy where it originated, the system has spread to a variety of industries and organisations (e.g. mining, construction, rail and healthcare). Over the years, the application reached civil and general aviation. Regulators (particularly the FAA) have explored the use of HFACS as a complement to pre-existing systems.